This quote is by one of my favourite heroines, Harriet Tubman. Tubman exhibits all the qualities I admire in people and women in particular. I have always been drawn to women who demonstrate strength, passion, determination and a willingness to support others. She strategically created a network of anti-slavery activists to form the underground railroad. She died over 100 years ago and yet her legacy still impacts me today.

She isn’t the only woman that inspire me. Worldwide figures such as Angela Davies, Zeinab Bedawi, Serena Williams and Shirley Chisholm just some of the women that I hold in high regard. However, I am also inspired by women who may not be well known to the world but have influenced me greatly. 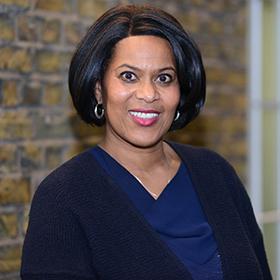 Yvonne Coghill is the Director of the Workforce Race Equality Standard (WRES) Implementation at NHS England, and Vice President at the Royal College of Nursing. She is a true champion of the NHS constitution and has tirelessly spoken out about the racism that exists in the NHS. Under her leadership, NHS England introduced the most rigorous tool to address to close the gap between the treatment and experience of White staff and the much worse experience of Black and Minority Ethnic (BME) staff. She and her team have been working with Boards to improve outcomes for BME staff. When it comes to race equality, very few people or organisations anywhere in the world can claim they are getting it right. It is because of Yvonne’s passion and ability to provide a narrative based on the analysis of the WRES data, that the NHS is taking race equality seriously. It continues to receive, high level support and commitment – this is evidenced by the investment in the Workforce Race Equality Standard, which is beginning to show improvement on this agenda.

Yvonne, like Tubman, uses her vast network and position to lead others and offers solutions. She is the one of most pioneering women in the NHS and still finds time to support and mentor others. It was Yvonne’s determination that inspired me to take a more active leadership role in the NHS. She has truly empowered me – thanks Yvonne! 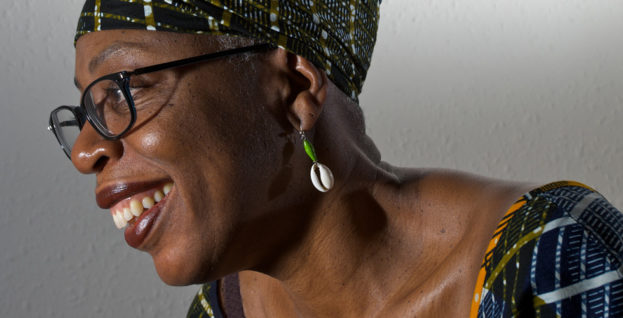 I met Rameri in 2018 and never has one woman had such an impact on me in such a short space of time. I was delivering a presentation and Rameri was one of the lead trainers. I spent less than a day with her but I learnt so much about the psychological challenges that some people – especially black people – face everyday. Rameri is a qualified psychiatric and psychosocial nurse and the founder of Pattigift* Therapy CIC. Her approach to psychotherapy is Psychodynamic or Integrative, founded on an African centred psychological understanding, the underpinning philosophy of Ubuntu (humanity). As impressive as all this is, it was Rameri’s enthusiasm, vast knowledge and sense of self that inspired me. I remember sitting on the train back to London thinking: “WOW. Rameri knows who she is, where she’s from and where she’s going. She knows that she is her best thing. I need to emulate this” Even though I was on my way home, I knew then that a new personal journey had begun and have never looked back. So thank you Rameri for being You – Your best thing!

Lila is one talented teenager. While in primary school she overcame bullying and learned to love who she is: a beautiful girl who loves fashion, maths and Marvel. Lila inspires me because she never gives up and always wants to give her best. She is always willing to help others and make them feel welcome. She is at the forefront of my mind when I work with organisations as I’m determined to help create workplaces where she can come and be her fabulous self. In the meantime, when she does face challenges, I remind her that she is special and the melanin in her skin is her superpower so that no matter what, she will still rise. Thanks Lila for being the best God-Daughter in the world xx 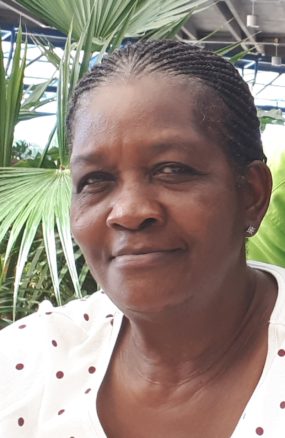 My mum is a trailblazer from the beautiful island of Barbados. Like many, she came to England in the 1960s and carved out a life for herself. This included raising 4 children (two sets of twins) single-handedly often saying things such as:

I could go on. I am who I am today because of the sense of ‘can do’ my mum instilled in me and my siblings growing up. When my older brother (who had learning disabilities passed away at 18years old), I remember my mum using that as catalyst to follow her dream and become a social worker. She studied, passed her exams and became a senior key worker – supporting people like my brother. Even though she’s now retired, my mum is as active as ever. She is a whizz on the tablet because she decided to sign up for classes to learn how to use it. She now uses her tablet to teach herself Spanish and crochet! She gets involved in community led meetings and acts as an advocate for the senior members of the community (earning her an award!). As long as I have known her (all my life), she has always giving sage advice, practical support and making people laugh. Standing on the sidelines is something my mum has never done – she just gets on with it and inspired me to do the same. Make progress by implementing your ideas. Therein lies your POWER. Thanks Mum (see you for dinner)

These 4 women inspire me in all sorts of ways and I am who I am because of them. Who inspires you? #celebrateoursistahs

Beautiful. Its great to see so many Black women being appreciated and uplifted. Blessings!

A lovely article Cherron, thank you.

My Grandmother flew over from Jamaica to honour the Queens request for more key workers. Grandma was only…

Black Women should be Seen and Heard

This year, Black History Month Leicester’s theme is Archiving the Past, Reflecting the Future, recognising the history and…