I am proud to be following in the footsteps of heroes and sheroes, icons and legends, that are all BLACK like me. These people, my people, my ancestors, all have a story to tell, but it’s likely that some of their names and stories will be new to you.

It’s often said that the hand that holds the pen writes history and that’s certainly true when it comes to those who have written the historical records that have helped shape the narrative of British history. A narrative that has omitted the stories of black people in Britain throughout the ages.

Some writers have simply not recorded facts because they don’t fit the narrative they want to hear, or want others to know in fear that black people would take the power that’s rightfully ours. Some information has been ‘lost’, deliberately destroyed, or kept in buildings which have conveniently been burned down, their records destroyed forever.

But whatever the history books don’t say, black people have been visible, have had a presence, and have made huge contributions to Britain for centuries, since Roman times. Let’s put the spotlight on just some of the black people who were creative and talented, marvel at tales that stretch back hundreds of years, proud to be receivers of their wisdom today. 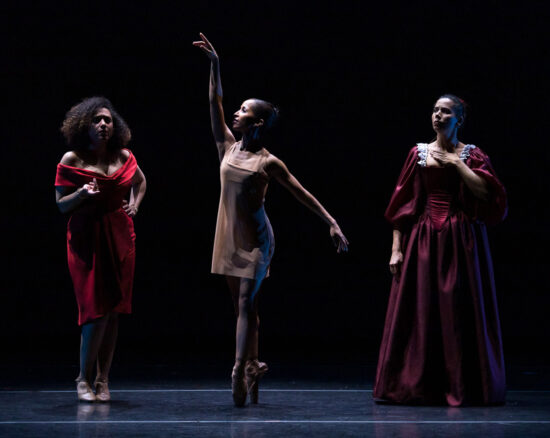 In the Elizabethan era from 1558 to 1603, black people dressed the rich and enabled them to show off their wealth to others. We were a part of the royal household, helping to dress the monarch and entertain the court, particularly as musicians.

One of the few black names to have made it through the ages is the famous Lucy Negro, a former dancer in Queen Elizabeth 1’s service, who went on to own a brothel in London’s Clerkenwell district, frequented by noblemen and lawyers. A man called Denis Edwards wrote in 1602: “Pray enquire after and secure my negress: she is certainly at The Swan, a Dane’s beershop in Turnmil Street”.

Today, some believe Lucy Negro, also known as Dark Luce, could be the Dark Lady who inspired many of Shakespeare’s sonnets. Her story is still being told through poetry and dance in the 21st century, with Caroline Randall William’s 2015 book ‘Lucy Negro, Redux’, turned into a ballet by the Nashville Ballet company in 2019. An acquaintance of Shakespeare, the poet John Weaver, is also known for waxing lyrical about a woman whose face was “pure black as Ebonie, jet blacke”.

Lucy was part of a thriving free black community in Tudor London whose stories have been lost to history, save for a few fragments preserved in local parish records, including church records which show Black people were baptised, married and buried as Christians. Some were brought to Britain as members of royal entourages, but others arrived on these shores as merchants and traders. If only we could hear their stories in their own words.

As Lucy’s story shows, Black people were often known by their first name only, referred to by the colour of their skin. Their message to me is “don’t worry about our names, focus on our achievements, on the things we did that make it impossible to forget us.”

Some of those achievements finally brought to light tells the story of a trumpeter to Henry VII, a salvage diver on the wreck of the Mary Rose, a circumnavigator with Sir Francis Drake, a prostitute, a silk weaver, a servant, and a merchant prince. Their stories tell us that black people in England weren’t enslaved and not all lived in poverty. They were literally helping to make history, although their names were omitted from the history books. How much richer British history would be if we knew more about the people who were actually a part of that history!

Fast forward to the Georgian era from 1714 to 1837 and meet Billy Waters, a man of many talents, and just one of the many thousands of people of African heritage living in England at the time. Billy lost a leg while serving in the British navy and with a wife and two children to support, he supplemented his meagre pension by busking and begging outside London’s theatres including the Adelphi and Drury Lane.

Billy attracted the attention of the public with his distinctive wooden leg, his trademark feathered hat, and his skill as a violin player. His talent and earning capacity saw him described as the ‘King of Beggars’ by his peers in St Giles, where he lived with his family. White beggars even ‘blacked up’ in an attempt to earn as much as he did. Is that one of the first stories of cultural appropriation?

Billy became so famous that the Adelphi Theatre asked him to take to the stage as a characterised version of himself. He went on to become immortalised in art and literature, but sadly died penniless, aged forty-five.

Some black people of this era left their precious insights and experiences in the form of narratives written by their own hand, while others dictated their tales to others, but many stories have had to be pieced together through records left, such as wills and bequests.

Leap into the 20th century and meet two icons of the fashion world you’re likely to know well. Sir Ozwald Boateng OBE, was born in London in 1967 to Ghanaian parents. In 1995, Ozwald became the youngest tailor to have a boutique on London’s prestigious Savile Row, a street renowned for its fine tailoring. In his early twenties, Ozwald dressed celebrities including Mick Jagger, Jimmy Paige and Spike Lee, and went on to become one of the world’s most influential men’s designers, producing some of fashion’s most sought-after collections, and clothes for films from The Matrix: Reloaded to Marvel’s Black Panther.

The era was also graced by the incomparable Naomi Campbell, born in London in 1967 to a Jamaican mother. Multi-talented Naomi went on to become one of the world’s best known supermodels, known as one of the ‘Big Six’, as well as an author, actor, TV host, entrepreneur, activist, and supporter of charitable causes – community-minded despite her mega-success. Even with her legendary status as a supermodel who showed the world how to wear clothes with style and sass, Campbell never earned as much as her white peers and has consistently spoken out against racism in the fashion industry, and wider society.

Every story I discover shows me the negative things peddled by others about black people like me are done to deflect me off who I really am, to blind me to the realities of my race, that we are a people who can, and who do! When I travel through Black history, I’m proud to be inspired by role models that are black like me – not just in the 20th and 21st centuries with the arrival of the Windrush Generation, but throughout hundreds of years of British history.

While the people I’ve chosen were making their mark in the fashion and entertainment worlds among others, many more were doing the same as religious leaders, as trade unionists, as writers, as dancers, as retailers, as musicians, as sportsmen, the list goes on and on. A Caribbean expression springs to mind as I straighten up, become inches taller and say…

I am proud to be from a people who will ‘turn their hands to anything and everything’ and generally succeed!

He had been born to a British mother and West African father in Rochford, Essex in 1937 and…

Princess Omo-Oba Adenrele Ademola, the daughter of the Alake of Abeokuta, a significant king in the southern region…