Rationale For Devising The 100 Books In 5 Minutes Test

I’m writing this post mainly for two reasons – to highlight an event that speaks to history books forum and a publication that speaks to improving the teaching of history within formal education.

Those on our mailing list and on our social media were urged to take the “100 books in 5 minutes test” to find out which of the featured books they had either read, owned, written, stocked or published?

However, among those who viewed the video, which incidentally features a bespoke song entitled ‘Those African Books Go And Read’ by Music4Causes ft. Kimba, were a couple of writers who asked why their books weren’t included?

My response was that first of all, the titles were chosen fairly randomly to cover a number of genres that speak to British African history. However, even if one was to select 500 books, the chances are there would still be some worthy books left out!

The whole point of the exercise was not necessarily to promote the selected books per se, but rather to display the breadth of books covering the various genres, so as to give an idea of what’s available as the discipline of British African History develops, both in the academic and community spaces. 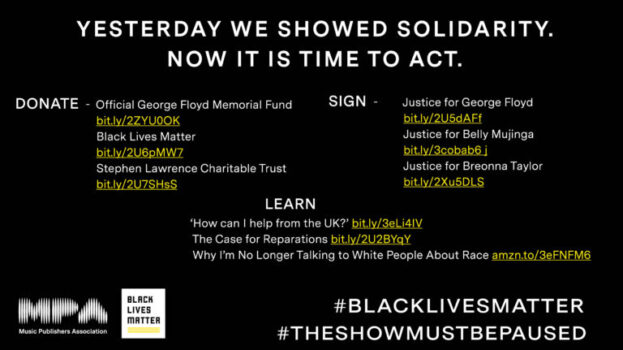 Considering some of the music industry executives I interviewed, wearing my RE:IMI (Race Equality: In Music Industry) co-ordinator hat, spoke about marking the post-George Floyd #BlackOutTuesday by reading books on racism, African history and biography (click here for the RE:IMI report and here for the RE:IMI forum video, one did hope the video would help those who may want to improve their allyship by improving their book list.

It’s also supposed to remind us that African history continues, even when African History Month is over! But above all, it is meant to help engender discussion around British African history books, which will be kicked off by myself and Black History Walks community historian Tony Warner.

The second reason for this post is to highlight some of the points raised in last week’s Royal Historical Society published Race, Ethnicity and Equality in UK History RHS Roadmap for Change Update II document, which were touched upon some of the points made in my post entitled There Are Some Encouraging Moves To Do With British African History In Academia, But Can What Is Happening On The Community Level Be Ignored?

Without wanting to rethread what I’ve already written, I’ll address only the bullet points made by the RHS document’s co-author Dr Diya Gupta:
WHAT STEPS CAN I TAKE?
1) Include the histories of race and empire in your curriculum.
2) Cite diverse authors in your own work.
3) Listen to student voices on barriers to higher education and pay them for their time.
4) Invite external BME scholars to speak at your events and raise their profile.
5) Amplify the work of organisations like the Runnymede Trust and Leading Routes.

Students and lecturers can’t make a good job of including the histories of race and empire in the curriculum, if there’s not an awareness of what publications are out there. In this regard, the Institute Of Historical Research and Runnymede Trust have made a brilliant start with their #TeachRaceMigrationEmpire Resources For Teachers & Learners microsite

Again, citing diverse authors in one’s work can only happen if the above becomes commonplace and mainstreamed within class rooms and reading lists.

I like this suggestion – listen to student voices on barriers to higher education and pay them for their time. It underscores the fact that the Academy, authorities and lecturers do not know it all. And the way forward is to recognise this fact and be humble enough to at times solicit and listen seriously to what is being said by their students. And as it is a form of market research to improve their courses and the learning experience, the notion of payment should not be viewed as an anathema.

I view the suggestion to invite external AAME (African, Asian, Minority Ethnic) scholars to speak at events and raise their profile, differently. Yes, by all means invite scholars from AAME communities in order to give them a platform within academia – definitely an allyship plus. However I’d caution that those invited must be because they have the expertise required and not just to tick some diversity or decolonising box!

Lastly, I’d say the Academy should not have narrow definition of scholar – this must extend to knowledgeable independent researchers, public and community historians – in short, it’s one’s knowledge base and expertise that ought to be the over-riding criteria, and not what letters one has before one’s name or what institution one’s affiliated with.

Definitely amplify the work of organisations like the Runnymede Trust, whose OurMigrationStory is a worthy online resource, and Leading Routes. But let’s not confine this to the usual suspects – be innovative and adventurous in seeking far and wide organisations doing good work and repositories of knowledge that can enhance the knowledge of those in academia.

I’ll end by making two points. Firstly, I’m sure there are many worker and local history organisations up and down the country that have documented histories which have nothing comparable on the list of any academic publisher or distributor.

Two such documents come to mind. It’s nearly fifty years since the publication of ‘How The West Indian Child Is Made Educationally Subnormal In The British School System’. This seminal document on how the British schooling system was failing particularly African Caribbean children by Bernard Coard, saw the light day as a consequence of work by a community group – Caribbean Education and Community Workers’ Association, in association with New Beacon Books.

It’s over thirty years since since Madge Dresser published ‘Black And White On the Buses: The 1963 Colour Bar Dispute In Bristol’, which is still the definitive text the Bristol Bus Boycott. And although she is an academic, this mighty booklet came out of the efforts of a local organisation – Bristol Broadsides.

I’ll sort of cheat by adding another point. ‘Samuel Coleridge-Taylor, A Musical Life By Far’ for example stands as the most comprehensive biography of the British African composer. Well researched, it stands up to the rigour that academic historians expect. And it was written by a community historian with no letters before his name nor an academic affiliation to speak of. By the way, if the tome does not float your boat, there’s the equally useful “abridged” booklet ‘Coleridge-Taylor: A Centenary Celebration’.

Lastly, it’s worth pointing out that the books featured in the video, and more besides, came from what I know and have collected over the years, and searches on Google and Amazon.co.uk. But one that I particularly want to mention came to me late.

Cecil Gutzmore, an independent/community historian, who was the special guest at last week’s Session on the police and the criminalisation of African youths, suggested that I find out about Ricky Cambridge’s books. I subsequently found two books, ‘Antiracist Strategies’ (1990) and ‘Where You Belong: Government And Black Culture’ (1992), both sadly out of print.

In the course of my search, I discovered a book by Joan Anim-Addo entitled ‘Longest Journey:
Africans In Lewisham’. Although out of print, I will be highlighting it tonight not only because it’s available through online re-sellers, but because it’s a book that speaks to local African history in the locality of Goldsmiths, University Of London, which is based in Lewisham. Considering Goldsmiths is offering a Black British History MA course, I wonder if its library has a copy of this 1995 book?

What it tells me is that there must be equally useful books and booklets produced by local history projects around universities in Chichester, Birmingham and elsewhere offering British African History courses. Course leaders owe it to their students to survey close to home for potential additions to their recommended reading lists.

Kwaku is a history and music industry consultant, and identity advocate. He posts his events at BBM.eventbrite.com and AfricanHistoryPlus.eventbrite.com, and blogs at TAOBQ.blogspot.com.