Over the last six months, as the world has struggled with a global pandemic and nations have battled the crippling effects on their economies, the US has also had to manage, the divisive and long-standing issue of race. This finally came to a head, and was pushed onto the world platform, by the tragic death of George Floyd. The initial shock and outcry quickly cumulated in a resurgence of a more prominent, and widely supported Black Lives Matter movement, and as the shockwaves reverberated around the world the effects were immediately felt in many cities in the UK. 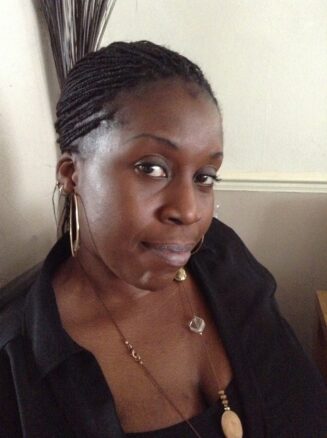 This came at a time when Covid-19 deaths in the UK were at a peak, and evidence was showing that it was disproportionately affecting ethnic minority groups. The Office of National Statistics (May 2020) reported that when taking into account age in the analysis, Black males were 4.2 times more likely to die from a COVID-19- related death and Black females were 4.3 times more likely than White ethnicity males and females. With these two major topics simultaneously hitting the forefront of the mainstream media, many individuals were made to face the uncomfortable, almost taboo issue of race, and they were forced unpick and examine the various inequalities experienced by black people in the fields of health, housing, employment, the judicial system and education.

Consequently, many discussions centred around racism and the ongoing controversial issue of stop and search, and people questioned the way in which various institutions in the UK treated the black community throughout the years.  The toppling of the Edward Colston statue in Bristol further fuelled the debate and led many to focus on the impact and effects of Britain’s colonial past, and the way it is entwined in our daily experiences from statues on street corners, to names of buildings, etc.  This particular awakening meant that for many, this was the first time that they queried the history of their local area, which in turn led to them questioning the way in which they were taught history as well as challenge the content of what they were taught, often acknowledging that the teaching of history at school failed to be broad, balanced or reflective. It is well established that Black Britons have a history spanning centuries, and in more recent times Black British history has reached many milestones i.e. 72 years since the Empire Windrush sailed to the UK and 52 years since the enforcement of the 1968 race relations act to name a few, so it is surprising and somewhat disappointing that the teaching of black history has not been embedded into the curriculum, as it is currently taught in a flexible manner and its coverage is very much dependent on the school. For example, in years 1 and year 2, children are taught to focus on the lives of significant people and schools are given a choice of many different figures to teach about i.e. Mary Seacole, Florence Nightingale, etc. From this example, it may be difficult say one should override the other or it may be argued that there definitely should be space for both, and it simply should not be dictated by the lack of age appropriate or suitable resources, all children should get a chance to learn about different historical periods and backgrounds. A range of cultural heritages should be adequately reflected in the curriculum. It is essential that a classroom environment should reflect the diversity of the real world, the CLPE reports that 11,011 books were published for children in 2018, of which 743 books were found to have a BAME presence. BAME pupils make up 33.1% of the school population in England. This lack of diversity that exists in texts, characters and amongst writers ensures that there is a lack of representation of the black voices.

With the latest school exclusions figures showing that black Caribbean pupils are at least twice as likely to be permanently excluded from school and at this current time, when young black children may have been exposed to the current discourse, where many struggle to see consistent positive representation in their external world, it is essential that some books in their school environment reflect their stories and they have the opportunity to learn more about people that look like them who have been successful, who have worked hard and who have made an impact.

Over the years, after witnessing such a variation in the teaching of black history within schools and acknowledging some of the practical issues i.e. the inability to find age appropriate varied materials, I decided to develop some books to assist with the teaching of black history in schools. World Figures – focuses on icons of the 20th century, who have made a long-lasting impact on the world. Maintaining the teaching of the ‘more established’ figures in black history i.e. Nelson Mandela, etc. has over the years of teaching garnered such interesting responses, as these figures are often barely familiar to primary aged children. Young people regardless of their background, are gripped by an inspirational story, and these stories cannot be forgotten. Since then, I have worked on Windrush Activities – Primary book. This book aims to celebrate and commemorate the lives of the Windrush Generation, as well as acknowledge their contributions to the UK. Currently, I’m working on the third title in the series Black Britain and Beyond. This book mainly showcases our own stories and talent in the UK, as well as looks beyond, focusing on the Benin Empire. The process of researching and compiling these books has been extremely enlightening and enjoyable, as well as, at times sad, but regardless, it has instilled me with so much pride, the pride that I would love to see replicated in young people. In my opinion, it is important that schools embrace the wave of change and make the effort to ensure that their curriculum is more inclusive and that it reflects the real world.

I have been trying to find where I can order these books, can you point me in the direction of a retailer? They are currently unavailable on Amazon. Thankyou.

My Grandmother flew over from Jamaica to honour the Queens request for more key workers. Grandma was only…

“…the Negro still is not free. One hundred years later, the life of the Negro is still sadly…

Black History Month (BHM) is in its 31st year. Is it needed?

In the 1970s, the Black and White Minstrel Show and Love Thy Neighbour were popular Saturday night entertainment….