In 1943, having been told by a friend that the RAF was advertising for people from the Empire to volunteer, Harold volunteered. Harold would later say that ‘I wanted to go. I had this feeling – not a case of adventure, but a case of being able to do something where something was needed to be done.’ After passing his exams he was called up in 1944 and travelled to Jamaica and then to Florida for kitting-out and basic training. After arriving in Britain, Harold completed his RAF training at Filey in Yorkshire.

It was while Harold was stationed in Yorkshire that he met his future wife, Pauline Woolston. Like many other servicemen, Harold was offered hospitality by a local Salvation Army family. It was following a lunch invitation that Harold was to meet Pauline whose family were members of The Salvation Army. They became friends but Harold was soon posted to Pembroke Docks in Wales. Later in the war, Harold would be transferred to Scotland, near to the city of Inverness where he would continue his role working in air and sea rescue. After the war Harold was demobbed and returned to British Guiana. 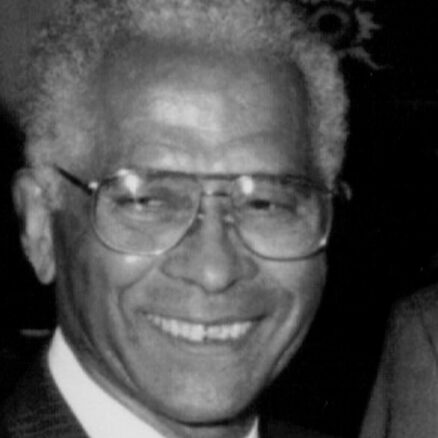 In 1948 Harold returned to Britain on the Empire Windrush and initially did a few local jobs around Brixton. Harold decided to re-join the RAF, being posted to locations across the world and rising to the rank of Warrant Officer. It was while Harold was in Singapore in the Marine Craft Unit that a friend of his invited him to Newcastle where he was due to be going on leave. Harold’s friend’s mother was in The Salvation Army and invited Pauline, who was training to become an officer in The Salvation Army, to Newcastle. Harold and Pauline’s friendship would soon blossom into romance and in 1953 they were married. They would go on to have three daughters, Christine, Carla and Dorothy. Harold would remain in the RAF until he was 55 before spending the next 10 years working as a housing officer for the Army.

On retiring, Harold worked as a volunteer for the Citizens Advice Bureau and served as an elder in his church. Dorothy would follow her father’s example and would join the armed forces, passing the officer training course at Sandhurst college. Harold and Pauline would eventually move to Alness near Inverness living on the same plot of land where Harold had been based during the war. Harold passed away in 2010, Pauline would pass away the following year.

Born in Plymouth, William Alexander Miller, known as Bill Miller, was the son of an English mother and…

Born in Jamaica, Harold was the eldest child of a successful retail chemist and strict Congregationalist. Harold moved…

ScreenSkills trains the people who make the shows that everybody loves. We are the industry-led charity responsible for…