The capital’s world-famous London Waterloo Station has been confirmed as the location for a permanent Windrush monument, the Prime Minister has announced today.

News of the monument’s landmark site comes as the nation today celebrates its first ever Windrush Day set up by Theresa May last year.

The national day is being marked by more than 50 government-funded community-led events across the country, including street-parties, workshops, performances and exhibitions.

London’s largest and busiest station was chosen from a list of potential sites by the Windrush Commemoration Committee, established exactly one year ago by the Prime Minister.

Chaired by Baroness Floella Benjamin OBE, the Committee will look to commission and work with designers and stakeholders over the coming months to consider how best to create a lasting, fitting tribute to the Windrush generation and their descendants, backed by up to £1 million funding from the Ministry of Housing, Communities and Local Government. 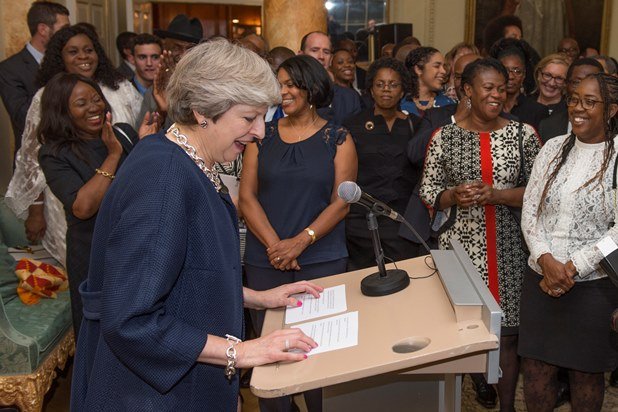 Prime Minister Theresa May said: I’m delighted to announce today that London Waterloo Station has been chosen as the location of a new national Windrush memorial.

The Windrush generation helped lay the foundations for the country we know today, which is richer and stronger as a result of their hard work and dedication to the UK.

This monument will be seen by thousands of people from all around the world who pass through this station each year, and will be a lasting legacy to the tremendous contribution the Windrush Generation and their children have made to our great country.

Baroness Floella Benjamin, Chair of the Windrush Commemoration Committee, said:  Having a Windrush monument located at Waterloo Station where thousands of Windrush pioneers – including children like myself – first arrived in London, will be a symbolic link to our past as we celebrate our future.

The Committee is determined to build a monument of great beauty and emotional impact which will lift the hearts of those who visit when it’s unveiled. I hope it will inspire pride and a sense of belonging to all those associated with the Windrush story.

Secretary of State for Communities, James Brokenshire, said: Waterloo Station has been the gateway for generations of people coming to Britain. It stands at the heart of the Windrush story and will provide a central location to allow us all to reflect on our shared history and heritage.

As communities across the country celebrate National Windrush Day, people in years to come will have a permanent reminder of the outstanding contribution of the Windrush Generation and their descendants.

Andrew Haines, Chief Executive of Network Rail, said:The Windrush generation has made a profoundly positive contribution to our society and their families continue to do so. We are honoured to host this monument to them at London Waterloo station. There can be few more fitting locations for such a monument than Britain’s busiest station which was the gateway to London for so many of them and where it will be seen by hundreds of thousands of passengers every day.

The Trust’s five hospitals – St Bartholomew’s Hospital in the City, including the Barts Heart Centre, The Royal…

WATCH: University of the Arts London

University of the Arts London (UAL) is made up of six colleges: Camberwell College of Arts Central Saint…