The power of an archives is how it relates to our identity and community, and how we understand our place in the world. We are the keepers of stories of activism, struggles and successes and we open them up to visitors so that they can choose their own path through them.

It’s a unique collection which goes beyond documentary heritage and includes photos, objects, videos and oral histories from the world of Black British theatre, culture, dance and more. It includes objects like a rare Roman coin thought to be the earliest currency to feature a person of colour and artefacts from the early Black Power movement.

We work with partners to create exhibitions that present the Black British experience and have a public reading room and library where materials from the archive can be viewed.

BCA was founded over 30 years ago as our co-founder Len Garrison grappled with the fundamental question of “Where are our monuments? Where are our martyrs? …” His words continue to echo throughout the country today, as we are still asking these same questions in the face of institutions that are still unable to value our contributions and heritage. 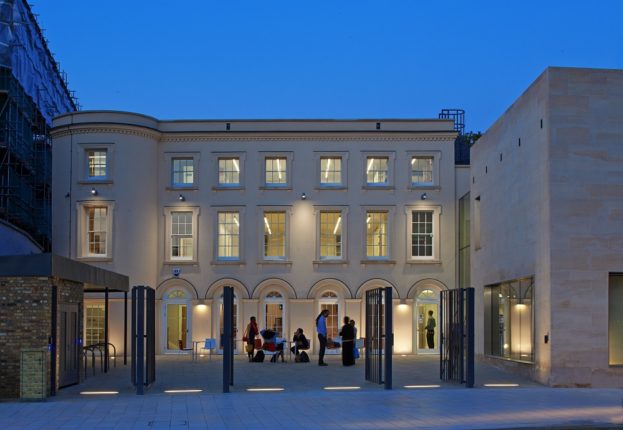 In the many years since BCA’s inception, our community has faced challenges, most recently the Windrush Scandal. When it was first discovered in 2018, we felt it was a shameful lack of appreciation of the courageous citizens who helped to create what we know as Britain today. The government’s hostile environment policy affected people from our community who have been living and working in Britain for over 70 years. It reflected the general lack of appreciation of the continued presence of the Black community in this country throughout history.

This is not an immigration story, not a moment of migrant history, but is central to British history, and a turning point in the then Empire.. The history of Black people in Britain dates back centuries, yet this history has been long hidden. It is our duty to unearth and share these histories with everyone for a better and deeper appreciation of British identity, ultimately eradicating the injustices borne of ignorance and lack of empathy.

The “Windrush generation” travelled as individuals, later bringing their families to join them. The resilience and courage of the generations that followed have shaped today’s Black British community. The fact that citizenship questions are being raised decades later is highly problematic.

BCA’s archive collection holds a copy of the 1948 Nationality Act which gave all colonial subjects British citizenship, as well as copies of subsequent Immigration Acts which attempted to remove that right. Our collection holds historical evidence of the oppositional campaigns to the racist 1962 Immigration Act, known as the Colour Bar Immigration Act, which expressly limited the movement of British citizens from its colonies. The destruction of the landing cards that provided evidence of the Windrush Generation’s arrival would not have happened had they been entrusted instead to BCA’s national collection . BCA exists to ensure the preservation of this history, our archive differs from national or government archives, as our remit is to preserve the narratives of the people. . We have been entrusted by generations of individuals, families and organisations to safeguard these materials, our history, British history.

We have been working with and alongside government and community initiatives to support the wider community to navigate the current situation and help to overcome the distrust and distress that has arisen. Legal clinics were held at BCA and we became a central point of contact for the community and a safe space to ask critical questions and make enquiries.

We continue to tell the story of Windrush with our forthcoming programme dedicated to the resilience, impact and legacy of the Windrush Generation.

The programme will amplify the voices of those who lived through this case of modern-day history, and will acknowledge the ongoing contribution of all those that came after.
Stories past and present will come to life, presenting visitors with the real voices of Windrush. We hope people from all communities will learn how Windrush came to be and the true stories of a people displaced, even though Britain should have been a home from home.

This programme is for all communities who will uncover hidden dimensions to this familiar story. It is for all people to learn about the struggles and contributions of Black British Caribbeans – and beyond – during this time.

BCA welcomes everyone who wishes to use it’s resources, share their stories and participate. More information can be found on our website https://blackculturalarchives.org/

Holstered in a van, he was minutes away from being put on a Virgin Atlantic flight to Jamaica…

The arrival of the Empire Windrush on 22 June 1948 has come to symbolise the dawning of a new age of post-war migration to Britain.

in overcoming challenges, discrimination, and in many cases overt racism, to start new lives, build and enrich communities…

The Story of Modern Britain by Lord Bourne

Although those on board could not have known it, their arrival to this busy working port heralded a…

Where do you start a narrative about music and migration? My thoughts are, it really depends on what…

I am honoured that as one of my final acts of being Prime Minster of this great nation;…

This wave of mass migration is an important part of our nation’s historical narrative. It tells the story of…

The bond between the Windrush generation and all of us is unbreakable. In June 1948, the Empire Windrush…

We protect and police 10,000 miles of track and 3,000 railway stations and depots every day. We police…

We’re at the heart of the justice system, working together to bring the principles of justice to life…

We are looking for bold and impactful ways to help young people find and keep good jobs. There…

WATCH: The Parole Board