“Look at what’s going on in Ecuador. They’re putting bodies out on the streets. You’re going to see that in countries in Africa,” she predicted. I’m sure other experts and commentators expected Africa to produce one of the worst death rates from the pandemic. But the reality is far from what was feared at the outset of the pandemic.

It’s a fact that Africa generally has, in parts, an inadequate health care and access to medical treatment, compared to the West. But ironically, it’s been the West, with its superior access to medical care, that has produced some of the highest death counts from Covid-19. 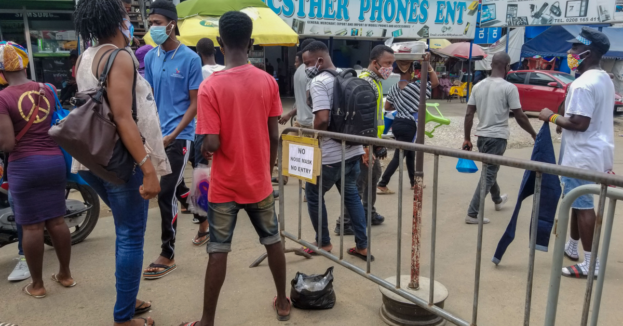 At the time of writing, the US tops the Worldometer’s Coronavirus death list, with the UK at number four. Seven other European countries can be found in the Top 20, where just one African country features – South Africa is placed at no. 17.

Whilst under-reporting has been put forward as one of the reasons for Africa’s low death rates, there must be more to the story than just that.

A year and a half since Melinda’s faulty forecast, Western scientists and social commentators can’t quite figure out why Africa hasn’t been devastated to the extent that they expected, bearing in mind the history of the devastation caused by AIDS and Ebola in certain parts of Africa.

Some commentators have suggested sunshine and vitamin D as reasons for Africa’s low death count. But if that’s the case, how come India and Brazil, which have an abundance of sunshine, stand at no. 2 and no. 3 respectively on the Wordometer list?

As I bring this story close to home, I’d like to tell the Covid-19 naysayers that Covid-19 is real! It’s not like some sort of severe flu, either. I contracted Covid-19, and I’m told at one stage, the doctors who treated me in a private hospital were not sure I’d make it.

However, through the prayers of our Christian friends and family, having the wherewithal to buy the various drugs needed, and my hospital having a constant stock of oxygen – sadly people have died because of lack of oxygen in other hospitals – I’m probably accounted for within Ghana’s 123,238 recovered patients, out of 127,482 reported cases. Ghana is placed at no. 104, with most African countries either in the bottom places in the Top 100, or evenly placed within positions 101-200.

Every death is of course one death too many. However, looking at the UK’s extraordinary 136,789 deaths, one wonders what part hubris played in this? I ask this question because in early 2020 I heard a recording of a BA flight crew member speaking on a British radio programme. He said he had just arrived from Accra, Ghana where every incoming passenger was temperature-checked at the airport (since then, there’s a mandatory Covid-19 test), but coming through Heathrow, everyone walked through without any form of Covid-19 intervention.

The radio presenter’s response was to the effect that Britain doesn’t need to concern itself with what a less developed African country decides to do. Britain, she suggested, had the experts and they would decide what’s necessary. How many deaths may have been avoided with a timely intervention, one wonders.

Soon after, seeing video footage of people panic-buying toilet rolls in Britain to the extent that supermarkets run out, whilst some corner stores charged extortionate prizes, I couldn’t help tweeting photos from Accra. In this African city there was an abundance of toilet and kitchen rolls available in supermarkets and even from humble street-side vendors.

I was also impressed with the industriousness of Ghanaians. Within a short time, there was a solution to the lack of running water required for regular washing of hands. Mobile structures with places for holding a Veronica Bucket, hand wash, paper towel, and the receptacle for the used water, appeared at the entrances of shops, banks and other public buildings.

The Veronica Bucket is named after its developer, Veronica Bekoe, a Ghanaian biological scientist. There are various variations, including solar-powered and foot-operated models.

For once, it seemed to me that Ghana was not waiting, like much of Africa often does, to copy what the West does. President Nana Addo Dankwa Akufo-Addo displayed leadership by closing Ghana’s borders and declaring a lockdown in late March 2020. This early intervention and the Covid-19 directives undoubtedly contained the spread of the virus.

The directives, in addition to the usual protocol of mask-wearing and social distancing, included the closure of public activities such as church, cinemas, discos, pubs, etc. The President made regular TV appearances to update the nation on the Covid-19 statistics, and the amendments to his directives, such as the number of people that can congregate at faith or social functions.

In the early months, there was suspension of water and electricity bills. State schools and some neighbourhoods received free food, although there were complaints that the latter was carried out on party political lines.

Whilst lying in my hospital bed, and seeing the number of drugs administered to me orally or intravenously, and the regular change of the oxygen tanks, I knew I was blessed to have a family that could afford to pay for the private care at Nyaho Medical Centre. I however thought about the fate of the ordinary working class Ghanaian, considering the cost of one of my drugs was about the annual salary of a low paid worker!

Interestingly, despite the poorer classes having less opportunities to observe the Covid-19 protocols, anecdotally, it seems like the Covid-19 victims in Ghana tend to be the upper classes. Breathing recycled air-conditioned air in their homes and workplaces are some of the reasons suggested. Unlike the working classes, who are usually in the open air and under the sun, topping up their vitamin D intake.

Upon release from hospital, I found out that there’s a top class Government Covid-19 facility, Ga East Hospital in Accra, where patients receive free treatment, food and WHO (World Health Organisation) approved drugs. So this, like similar free government facilities in the various regions, mitigates access to this specific health care issue.

There is however a social issue that’s often underplayed. Unfortunately, some families shun recovered Covid-19 patients. Thankfully, there is an advocacy campaign to get recovered Covid-19 patients to publicly speak against this stigma. I have agreed to be part of this advocacy campaign, and whenever necessary, I let people know that I’ve come through this terrible illness.

It’s worth bearing in mind that people are far more likely to contract Covid-19 from a person who’s asymptomatic, than from someone who has recovered from the illness.

Kwaku is a historical musicologist and history consultant

It is good that Ghana showed leadership on this occasion.

Great article. True account of the Covid 19 progress in Ghana. Thank you Kwaku

Strangely enough I have heard the opposite from my friends in East Africa. I get real time updates weekly on the Covid situation there.
They have malaria tablets like hydroxychloraquine to treat Covid 19 with high doses of vit C D and zinc and they recover .
They also use ivermectin and it saves lives and stops long Covid .
A symptomatic is not the cause of the spread because without a symptom it is impossible to spread as it’s a flu symptom and one can only spread a flu with a symptom .

Jules you are mistaken. It is factually incorrect that without symptoms it is impossible to spread the virus. The science is clear and I have spoken to doctors treating Covid patients. Asymptomatic persons can transmit COVID-19.
Infected people can transmit the virus whether or not they have symptoms. The key is whether they have the virus not whether they have symptoms. It is for this reason that testing is crucial.

Very informative article about the state of Covid in Ghana and helpful to understand from the perspective of someone who’s had it! Glad you are recovered now and I hope it helps some people to know what covid is really like.

Very informative article. Thank you Kwaku for highlighting the important steps the government took to stop the spread of Covid and willingness of Ghanaians to wear masks and wash their hands where possible. We thank God for your full recovery from Covid.

I first read about John Myers about five years ago and have always been interested in him. He…